Is it still unexpected if you expect the unexpected?

Dougal (the young 2 year old colt) has been ridden and he was a star. He never once thought about bucking or spooking, he simply stopped moving when he was nervous. I got Denis to get up on him so I could continue to work with him on the ground. Denis is a fabulously balanced and ‘sticky’ rider if things had not gone so well.

On Sunday we had an adventure with a wild bunny. A kitty brought the bunny home, alive, in the middle of the afternoon, right past the wolfhounds. The female wolfhound thought she’d take the bunny off the kitty, and he really didn’t have much choice in the matter. The bunny was then carried off to the middle of the yard by the wolfhound when I realised it was not a rat (what I expected) and that it was indeed a little cottontail bunny. Young but old enough to be on its own. Since I was holding two half saddled horses I yelled out to anyone who could help, “don’t let them kill it, it’s a bunny!” And ACTION! After a rather comical chase our friend ended up with the bunny, unharmed but terrified. Into a box it went, to chill out, in our locked bedroom for two hours. When bunny was more relaxed and it was just Denis, Lily and myself left, we snuck the little soul off to the forrest to set it free. The poor wee thing didn’t know that it was being released, so Denis and Lily had a visit while I snapped some photos. When it finally did decide to go, it disappeared pretty quick.

Another highlight of the weekend was a friend popped by with photos he had been taking of Lily since she was born. What a special gift, seeing Lily in beautiful photographs from one of her biggest fans. The gentleman who took them was so supportive while I was in my last trimester, even came rushing over after being on holidays to see what was up when he’d had missed calls from us. He was so positive about babies and how he loved when his kids were little but because of his work, often, they would already be in bed when he got home. He said more than once his wife gave him trouble for waking them up because he just wanted to see them.

Monday has got off to a good start productivity wise, I had a little bump when I got offended by something Denis said and I retaliated by pointing out in a rather harsh way what I thought of his words. Two wrongs don’t make a right… please oh please God let me learn that this time! We said sorry and have moved on, which is good, but it took me a bit to get over my disappointment in myself. A little team work and love and understanding went a long way to get me past that. 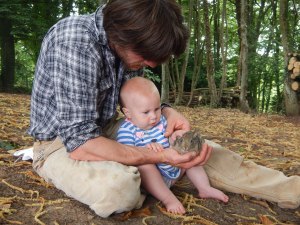