Woke up to my emails, as normal, and had an unusual email with good news but it was a bit daunting for me personally at first. Our girlfriend on the west coast of Canada has been storing two large boxes and two kitchen toys (VitaMix blender and a KitchenAid stand alone mixer) for us. Her news to me this morning? They have bought a new house and are moving in about five weeks. Since she is due to give birth in about seven weeks she has admitted that if we don’t want our stuff to be lost for the foreseeable future we need to ship it to Ontario before they move. I do want a few thing so I might as well ship it all to my mom’s for the summer, so I can go through it. Now I need to sort out shipping from here in France, which was as a bit overwhelming at first but then I felt this long since sleeping power of mine reawaken.

It is time! Time to come alive, to step out of my hard earned skill of chilling and time to get a whole bunch of stuff done!

I feel good, I feel ready, more in control of how I spend my energy, I can discern between productive, heathy choices and dead ending, false belief choices.

This feeling has stuck with me and I have had more than one test of its ‘stickiness’. Lily lost it coming home from shopping. So bad that we had to pull over, for the first time ever, to see what was wrong. Still not certain what it was but the cool part was every part of me remained calm.

Then I got news that someone very close to me lost their custody battle. I imagine there is nothing worse (outside illness and death) that a devoted and loving parent could suffer. To not be part of their child’s day to day life. To have a stranger decide that for you. Court and other such systems (insurance to name one) have such power to destroy lives and have no liability to those lives.

The sun is setting and I just finished reading about the power of love from a letter Albert Einstein wrote to his daughter. Profound that I would read that today, a day when I could have been thrown off balance and into any one of the versions of a fear state, but instead I am peaceful, filled with strength and motivation, and not so concerned about the trials I am sure to encounter. I need to keep moving in this direction, to get to that place of unshakable contentment.

A Life of Love 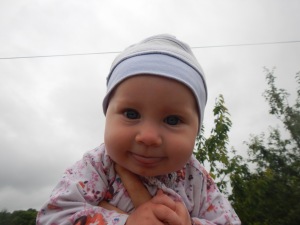